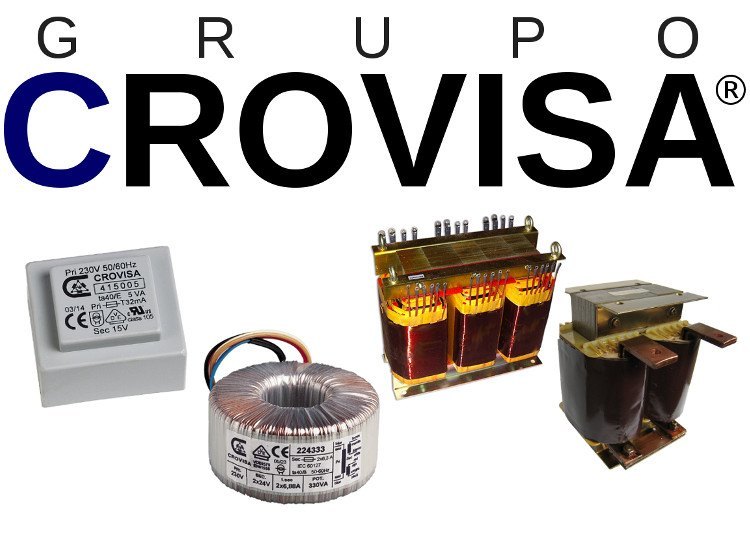 In 1831, Faraday made his most important discovery: electromagnetic induction. Since then and until now, various machines have based their operation on the phenomena derived from electromagnetism. A clear example is the transformer, static electric machine, whose existence is fundamental to explain the greater diffusion of alternating current compared to continuous.

Indeed, the generation of high voltage alternating current is more economical than that of direct current and, in addition, the transformer allows the initial voltage to be raised to appropriate values ​​in order to reduce the losses in the transport lines.

Once the electric power reaches the consumption centers, the presence of the transformer is again necessary to reduce the voltage to less dangerous values ​​and compatible with motors, lamps, etc. There are countless applications in which the transformer function is required.

An ordinary transformer consists of a closed iron core, on which two conductors, commonly referred to as primary and secondary, are wound.

The primary receives energy at an alternating voltage U1. Instantaneously, an alternating current circulates through the conductor which in turn generates a magnetic flux that is also alternating and whose field lines, almost entirely, close through the core taking advantage of the low reluctance of the iron. However, a small part of the magnetic flux produced by the primary coil is lost through the air or other means. This is what is known as dispersion flow and does not intervene in the induction of voltage in the secondary winding unlike the previous flow, concatenated through the core, which itself is responsible for the induction of the new voltage U2 in the secondary winding.

If N1 and N2 designate, respectively, the number of turns of the primary and secondary it is verified that:

That is to say, that the primary and secondary voltages are in a relationship similar to that of the number of turns of the coils.

Thus, in a transformer, the primary can be understood as a receiver of energy fed to a voltage U1, and the secondary one as a generator supplying energy to a voltage that differs more or less from the induced U2 to the extent that it is greater or lesser the relation between the voltage in vacuum and the one that is obtained under load. The quotient obtained by dividing the primary voltage between the secondary voltage when the transformer is in charge is called the transformation ratio.

There are two main limitations in the design of transformers. On the one hand, the proper choice of winding conductors in order to avoid high current densities through their sections that cause excessive heating due to Joule losses. On the other hand, it is the induction to which the iron core is subjected to which must be limited in order to avoid saturation and thus ensure the correct functioning of the transformer, in addition to controlling the so-called losses in the iron, due to the hysteresis and the Foucault currents. To reduce these losses, the core is formed from ferromagnetic sheets, generally 0.35 or 0.5 mm. of thickness, electrically isolated and mounted in the direction of magnetic flux.

The two most common types of transformers are single-phase and three-phase transformers. In turn, these are classified according to the disposition of the windings with respect to the magnetic core. Within the single-phase transformers there is a two-column transformer in which all the windings in both columns are distributed equally. This arrangement is generally used in devices of certain power and in electronic equipment where, for spatial reasons, an extra-flat geometry of the transformer is necessary. Another widely used system is the shell transformer, formed by a core of 3 columns, where only in the central column all the windings are wound; This system has its greatest diffusion among electronic equipment, which is why these transformers are often conceived for their subsequent installation on printed circuit boards. It is also worth mentioning the toroidal transformer, whose core has an annular shape and on which the conductors are wound without first having properly isolated the core. Its most outstanding features are its low dispersion and high performance. 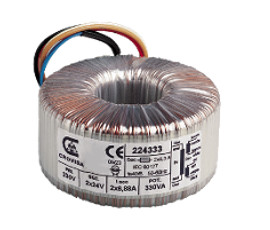 A three-phase transformer can be obtained by properly connecting three single-phase transformers, although all three can be combined in a single assembly called a three-column transformer, with the consequent material savings that this implies. By means of said arrangement it is possible to dispense with the three return columns in a manner analogous to that in the three three-phase currents of a star connection the return or neutral conductor can be suppressed.

In another level are the autotransformers, which unlike the conventional transformers of two windings only consist of a winding which is obtained directly by two sockets, which limit the number of turns, the desired voltage. Autotransformers are single-phase and three-phase and their main advantage is that they are smaller compared to a transformer that supplies the same power at the same voltage, that is, when its function is analogous. However, they present a great disadvantage because they do not offer galvanic isolation, a quality that is very much appreciated by transformers.

It is very likely that you have acquired or have ever made use, and who knows if every day!, of any equipment, system or device that incorporates some or even several of our transformers. GRUPO CROVISA products offer the guarantee of more than 40 years of uninterrupted and growing experience in the design and manufacture of transformers, autotransformers, reactors, … An activity developed in constant and daily commitment to quality, which is recognized by the most prestigious national and international certification and certification institutes. We assure the maximum seriousness and efficiency in our service and this has made us and still deserves the trust of more than 1,000 clients.